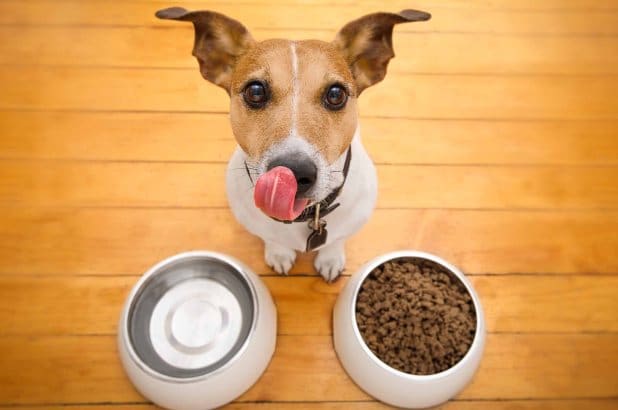 The U.S. Food and Drug Administration is investigating the presence of elevated, potentially toxic levels of vitamin D in several dry pet foods.

What is the Problem?

The FDA has become aware of reports of vitamin D toxicity in dogs that ate dry dog food common contract manufacturer and marketed under several different brand names. This is a developing situation, and the FDA will update this page with additional information as it becomes available.

What are the Symptoms of Vitamin D Toxicity?

Excess vitamin D in the diet can cause vomiting, loss of appetite, increased thirst, increased urination, excessive drooling and weight loss. Vitamin D at toxic levels can cause kidney failure and death. Pet owners whose dogs have been eating the recalled brands and are showing these symptoms should contact their veterinarians.

What Brands Have Been Recalled?

This is a developing situation and this list may not be complete. The FDA will update this list as more information becomes available.

The list of recalled dry dog food products provided to the FDA include:

The recalled products were sold nationwide.

What is FDA doing to address the situation?

After receiving complaints from pet owners about dogs with vitamin D toxicity, one of the firms reported to the FDA that it was recalling dry pet food due to potentially toxic levels of vitamin D. Many other brands with a common contract manufacturer have also been recalled. The FDA is working with the contract manufacturer to provide a comprehensive list of affected brands.

FDA scientists are still analyzing reports and the information currently available to determine whether the illnesses are definitively connected to diet.

FDA scientists have evaluated samples of some of these products, and State and private lab test results indicate that the food contained as much as approximately 70 times the intended amount of vitamin D. Consuming food with such high levels of vitamin D is potentially toxic to dogs and in severe cases may lead to kidney failure and/or death.

What Do Retailers Need To Do?

Don’t sell the recalled foods. Contact the manufacturer for further instructions. The FDA also encourages retailers to contact consumers who have purchased recalled products, if they have the means to do so (such as through shopper’s card records or point-of-sale signs).

What Do Pet Owners Need To Do?

If your pet is having symptoms of vitamin D toxicity, contact a veterinarian immediately. Provide a full diet history to your veterinarian. You may find it helpful to take a picture of the pet food label, including the lot number.

Don’t feed the recalled products to your pets or any other animal. Contact the company listed on the package for further instructions or throw the products away in a way that children, pets and wildlife cannot access them.

You can report suspected illness to the FDA electronically through the Safety Reporting Portal or by calling your state’s FDA Consumer Complaint Coordinators. It’s most helpful if you can work with your veterinarian to submit your pet’s medical records as part of your report. For an explanation of the information and level of detail that would be helpful to include in a complaint to the FDA, please see How to Report a Pet Food Complaint.

What Do Veterinarians Need To Do?

The FDA encourages veterinarians treating vitamin D toxicity to ask their clients for a diet history. We also welcome case reports, especially those confirmed through diagnostics. You can submit these reports electronically through the Safety Reporting Portal or by calling your state’s FDA Consumer Complaint Coordinators. For an explanation of the information and level of detail that would be helpful to include in a complaint to the FDA, please see How to Report a Pet Food Complaint.

Veterinarians should also be aware that vitamin D toxicity may present as hypercalcemia, similar to dogs that have consumed rodenticide. In these cases, we suggest that you confirm diet history to verify whether the dog has been eating any of the recalled products.

The information in this release reflects the FDA’s best efforts to communicate what it has learned from the manufacturer and parties involved in the investigation. The agency will update this page as more information becomes available.

Flu season taking a toll on dogs in the area

SAN JOSE, Calif. (KTVU) – Flu season is taking its toll in the South Bay, not only with people, but even their pets. Veterinarians are warning of a canine flu outbreak.

Nine-month old Maggie is a pit bull mix that shows plenty of personality as she plays in Raymond Gamma Dog Park in Campbell. Her owner, Malik Holmes, says he brought his new “best girl” home weeks ago, only now to here whispers from neighbors that sparked his first big worry..

“They’re saying there’s a flu going around for dogs, and stuff like that. And I’m scared mine’s gonna get injured, or catch the flu,” said Holmes.

Veterinarian Shadi Ireifej says a canine flu is sweeping the South Bay. His emergency clinic in Campbell confirmed it’s fourth case Wednesday night, to go along with 50 dogs showing flu-like symptoms such as coughing, over the past two weeks.

Two strains are present in California – H3N8 and H3N2. This map shows the at least one of the strains has been present for the past nine years. But both have exploded nationally since 2015.

“There must have been a canine entering the state and the Bay Area that was infected with the ah virus. And from that point on because it’s so contagious, just began to spread to other dogs. And now we’re seeing it,” Dr. Ireifej said.

At the Raymond Gamma Dog Park, some owners says they’ll be more cautious after learning of the canine flu outbreak..

“It’s our first time out since it’s been raining the past two days. And may head home after this,” said Mike Navarro, owner of a two year old German Sheppard-Lab mix named Jax.

Vets advise avoiding places such as dog parks and kennels to reduce the threat of infection. Also, don’t let your dog play with contaminated toys, or let them drink after other dogs from a public dish.. Get your dog a flu shot, and if sick, keep your pet home..

“I would hope that if people knew their dog was sick, they’d leave them at home,” said Navarro.

However, KTVU talked to a dog owner who says his pooch, “Romeo,” had been sick with flu symptoms a few days ago. So he kept the animal indoors until the illness past. But he has not taken the animal for a flu shot. Symptoms of the dog flu are similar to the human flu – sneezing coughing, lethargy, and a fever. Experts say the best thing is to get your pet do a vet and get it a flu shot. 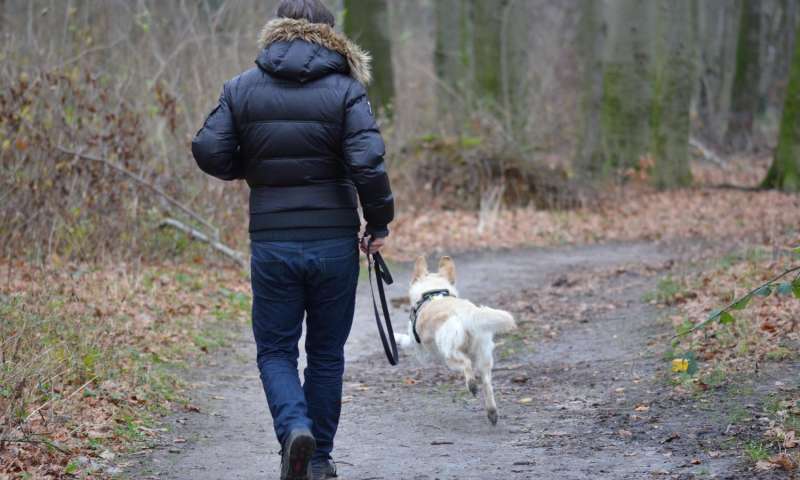 written and posted by https://medicalxpress.com/news/2017-11-dog-ownership-linked-mortality.html

A team of Swedish scientists have used national registries of more than 3.4 million Swedes aged 40 to 80 to study the association between dog ownership and cardiovascular health. Their study shows that dog owners had a lower risk of death due to cardiovascular disease or to other causes during the 12-year follow-up.

A total of more than 3.4 million individuals without any prior cardiovascular disease in 2001 were included in the researchers’ study linking together seven different national data sources, including two dog ownership registers. The results are being published for the first time in Scientific Reports. The goal was to determine whether dog owners had a different risk of cardiovascular disease and death than non-dog owners.

“A very interesting finding in our study was that dog ownership was especially prominent as a protective factor in persons living alone, which is a group reported previously to be at higher risk of cardiovascular disease and death than those living in a multi-person household. Perhaps a dog may stand in as an important family member in the single households. The results showed that single dog owners had a 33 percent reduction in risk of death and 11 percent reduction in risk of cardiovascular disease during follow-up compared to single non-owners. Another interesting finding was that owners to dogs from breed groups originally bred for hunting were most protected,” says Mwenya Mubanga, lead junior author of the study and PhD student at the Department of Medical Sciences and the Science for Life Laboratory, Uppsala University.

In Sweden, every person carries a unique personal identity number. Every visit to a hospital is recorded in national databases, accessible to researchers after de-identification of data. Even dog ownership registration has been mandatory in Sweden since 2001. These scientists studied whether being registered as a dog-owner was associated with later diagnosis of cardiovascular disease or death from any cause.

“These kind of epidemiological studies look for associations in large populations but do not provide answers on whether and how dogs could protect from cardiovascular disease. We know that dog owners in general have a higher level of physical activity, which could be one explanation to the observed results. Other explanations include an increased well-being and social contacts or effects of the dog on the bacterial microbiome in the owner,” says Tove Fall, senior author of the study and Associate Professor in Epidemiology at the Department of Medical Sciences and the Science for Life Laboratory, Uppsala University.

“There might also be differences between owners and non-owners already before buying a dog, which could have influenced our results, such as those people choosing to get a dog tending to be more active and of better health. Thanks to the population-based design, our results are generalisable to the Swedish population, and probably also to other European populations with similar culture regarding dog ownership,” says Tove Fall. 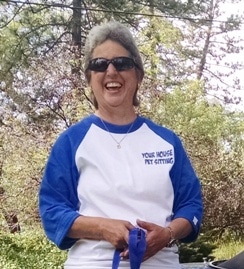 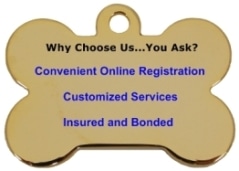 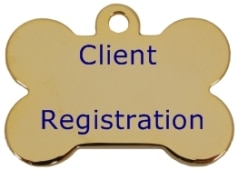 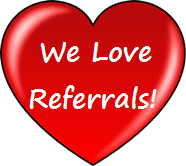 Check out Your House Pet Sitting on Yelp
Recent Posts